Tsukiji Fish Market in Tokyo is famously the largest fish market in the world. Therefore, I couldn’t resist returning there again. The atmosphere is incredible. A whole community of people that carry out their working day from 1am until 10am every day! The main fish auction begins at around 1.30am. This is where the fishermen auction the fish to the market sellers. The restaurant buyers / chefs arrive at a more sociable time to buy off the market sellers. 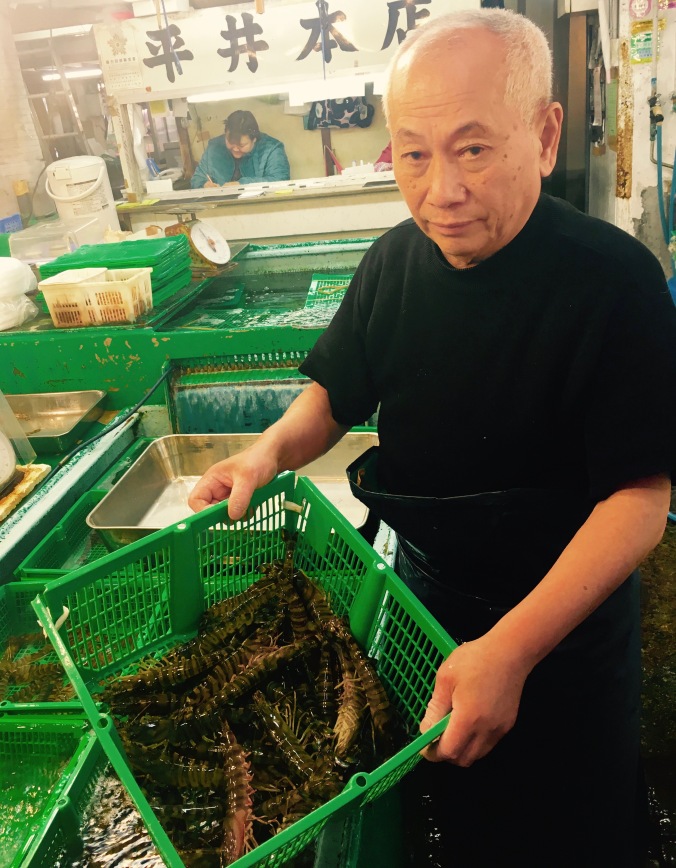 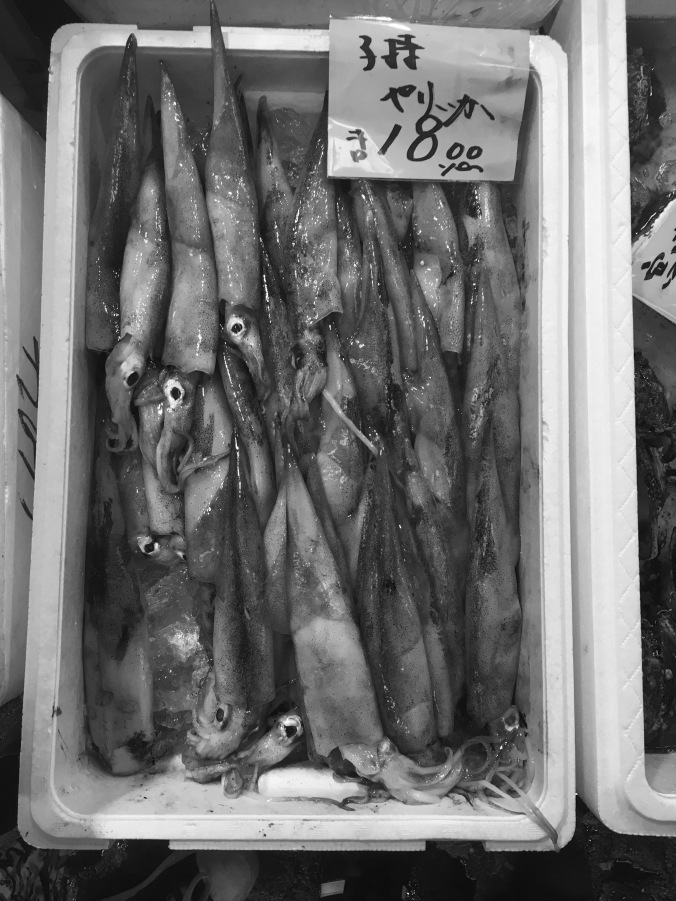 Tsukiji Market has been going for 80 years! I met Daisuke Shimazaki at 9am. He is the head chef at Sushi Yuu. Sushi Yuu has been running for 42 years, the same age as Daisuke whose father started it the year he was born. I followed him around the market while he made his purchases. He explained that the market is moving in November because of ‘politicians interests’. It seems very sad for the whole area, especially for all of the restaurants and old coffee shops that surround the market to look after the fisherman and market sellers. We went for a coffee in a shop smaller than a corridor that had been there for 81 years. 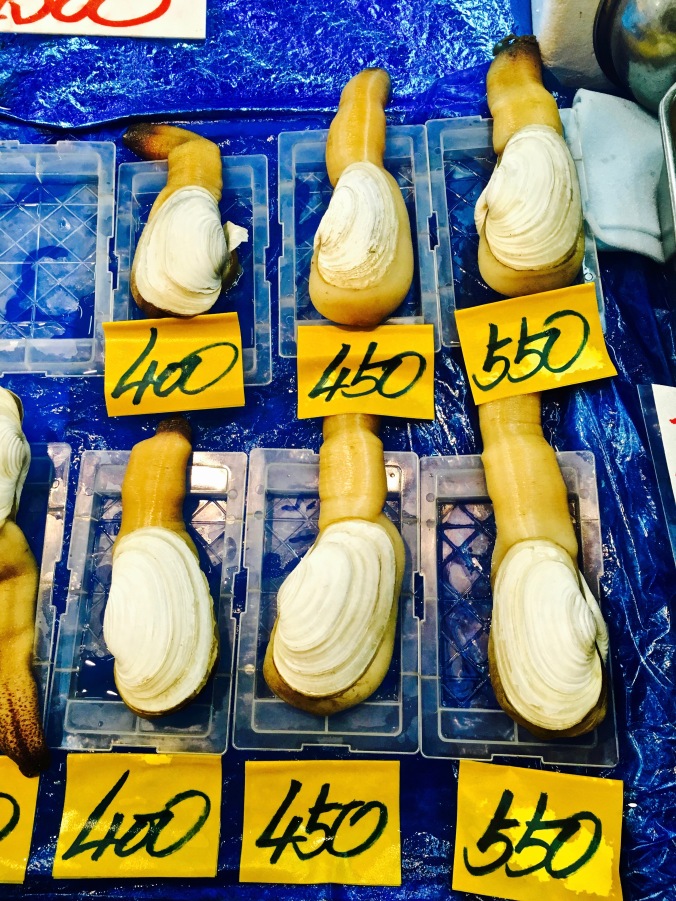 Tuna is where the big cash changes hands. The tuna stall I went to and photographed had bought their pieces at 10,000 Yen per kilo. The large piece of tuna he had, weighed 300 kilos. This means it cost £19,614- And that was just a quarter of the fish! 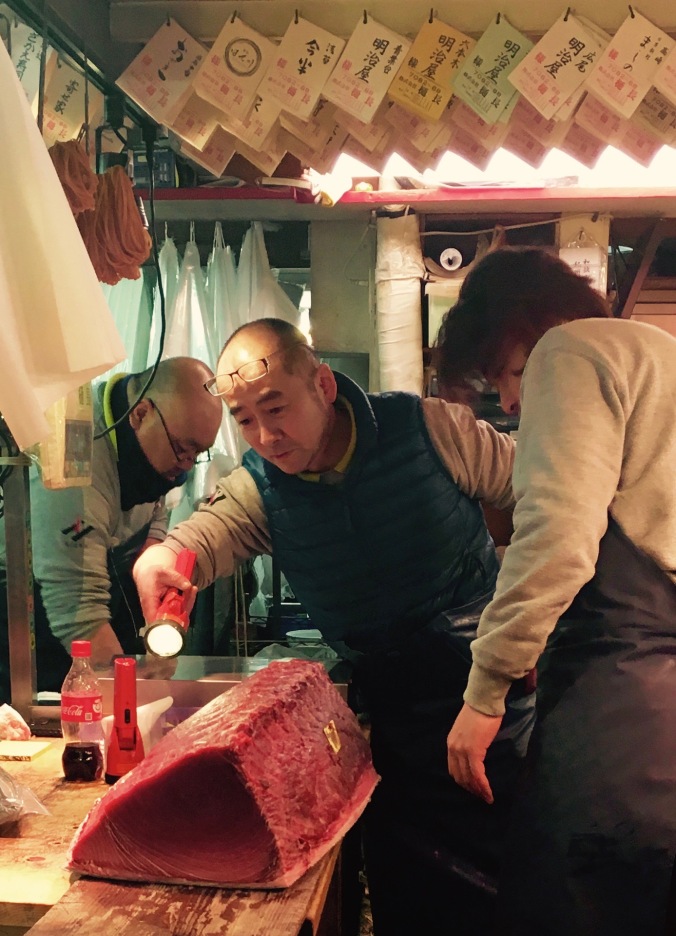 Inspecting the Quality of the Tuna with a Torch 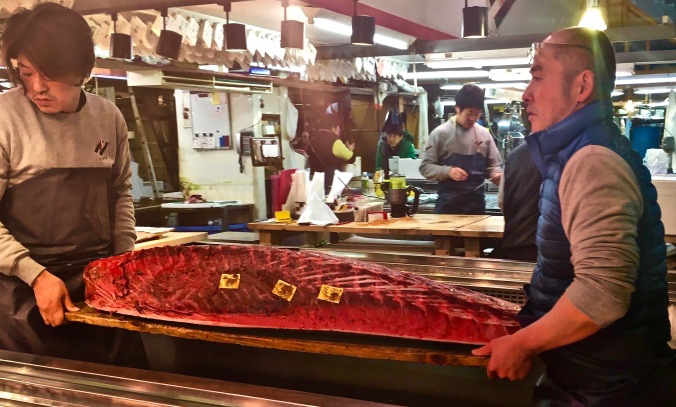 Carrying the Tuna Over to Be Divided Up

Inspecting the Quality of the Tuna

On The Weighing Scales 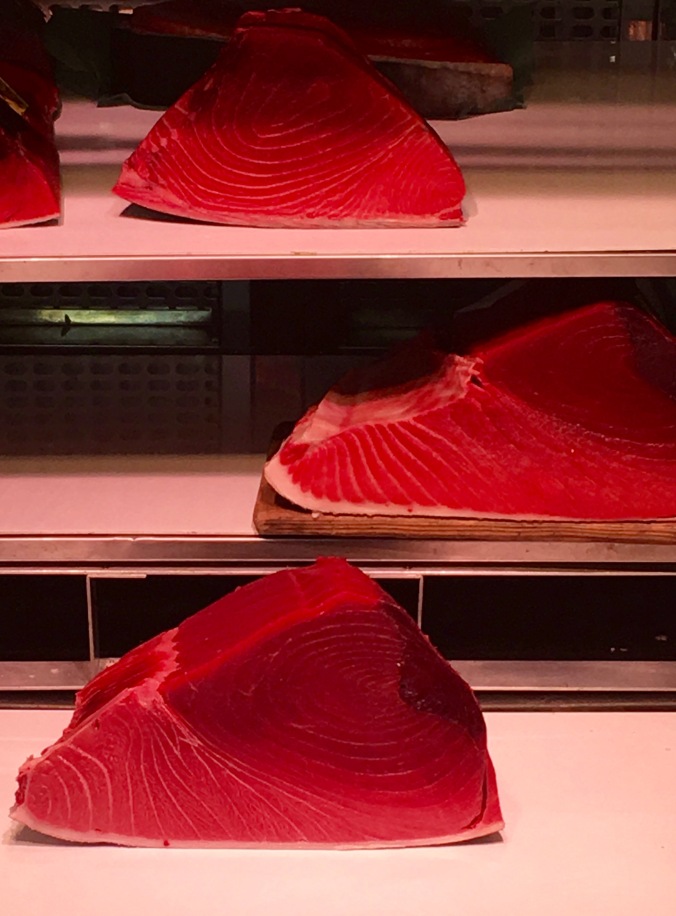 Tuna Skeleton – Nothing Goes To Waste